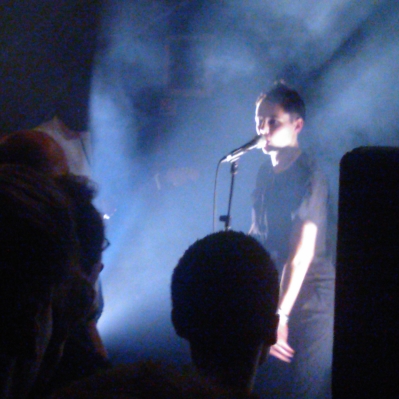 Here’s one I posted on the Burning Up Time forums which I stumbled upon – Don’t think Savages had played many gigs at this point and I also don’t think they had any material out.

It’s not very often I’d drag myself along to a gig for a band that I know fewer than 3 songs for (which is not as bad as it sounds as the band have yet to release their first album). But last night I’m glad I did.

Arriving at The Cockpit in Leeds last night me and Lammy (along with most of the staff it would seem) were very confused as to what was going on – The bottom room was rammed with a lot of punters watching 1 of around 5 bands appearing on the 2nd stage in the venue. I knew there was a “venue” upstairs that holds about 150 people max but just assumed the Savages would be in the larger room.

Luckily within about 5 mins we both realised (with the help of one punter showing us his ticket with 5 different bands billed!) we were in the wrong room. A quick stroll upstairs and there we were with around 30 other punters and the smallest stage you’ve probably ever seen. We’d missed the support act but we weren’t too bothered. Watching the venue fill up (probably got to around 100 strong in the end) the Savages made an appearance through the dry ice looking quite intense, and with a touch of 80s goth I guess. They came across very well, the lead singer is quite the performer her voice had a very strong edge to it, the bass sounding very tasty and has touches of early Joy Division kicks of most of the songs and drives them along nicely. The 2 songs I did know “Husbands” (think Patti Smith’s “Horses” but performed by The Slits) and “Flying to Berlin” coming across incredibly well live.