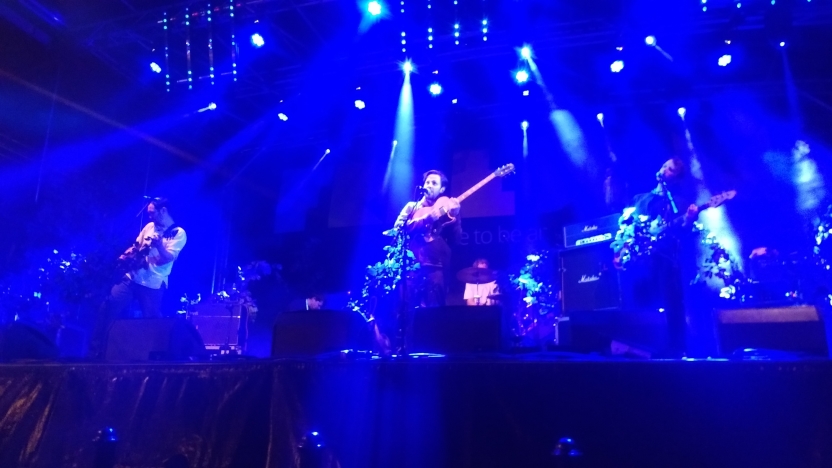 A free Northern festival with BSP and decent ale. I’m in!

Train tickets booked to arrive fairly early in the afternoon to take in the sun, beer and festivities. Unfortunately though there wasn’t much in the way of sun and it rained the entire day, really persisting it down at times. What’s a chap to do? We took shelter in the nearest pub only to leave to dash across the road to another pub. Head Of Steam doing a pretty decent halloumi burger washed down with Magic Rock’s High Wire Grapefruit.

Some small miracle is performed and the rain starts to die down just in time for BSP to take to the main stage. I was familiar with the area the main stage was as I’d seen Hugh Cornwell play the Fruit venue in the fruit market a couple of years before. Quite a crowd turned up in the end to watch BSP good to see a mixed crowd rather than the usual mix of balding 40-60 year old blokes :). The new songs are sounding stronger than ever and done right they could be in for a classic album once they get in the studio.

The festival itself was great but other factors out of their control hampered it somewhat. The weather which seemed to have a knock on effect in other acts and entertainment cancelling at the last-minute. The constant road works, barriers everywhere. Hull is being dug up at the moment. That said, if there’s something of interest there next year I will make a return trip.