Moq – Getting the Value Of a Mocked Method Parameter 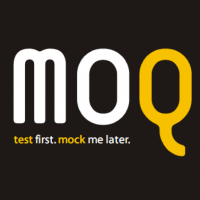 There’s scenarios where we don’t care about the Moq “It.IsAny<>” parameter value being passed into a mocked method but we need to get the value on the way out. For example, take the scenario below. I’m using SQLite to form integration tests and I need to get a handle on the generated ParentWidget.Id to tie back to my Widget FK. read more

Following on from my afternoon with Moq I stumbled upon another fun issue. How the hell could I test my API’s PATCH methods? They all make use of OData’s Delta objects. read more

Mock a return type of Task and Tuple with Moq

Using Moq I was creating a few unit tests and stumbled across an interesting problem. I needed to mock a call to an async method on a service under test that took in a 2 parameters and returned a tuple of 2 values. read more

I have a loop in production code that has evolved into processing batches of records. I need to modify an existing unit test to accommodate mocking the same method call each time through the loop returning different results on each loop (as it would in production).

Using Moq we can make use of a Queue and Dequeue result sets each time in the loop as follows:

Just some rough notes I made coming from a Moq framework and converting to Rhino Mocks:

Asserting a property was set

As above but assert on the property….

Similar to Setup with Moq we’d use a Stub to return the desired flow i.e:

Using a Stub to return the desired set on a property

You can use GenerateStub here but the above setup for the stub keeps things syntactically the same in all mock setup instances.

Using Constraints to assert a method call with specific properties

Check out some of my other Mocking tips and tricks….

Moq – Mocking a cast on an interface